Naattinet > Articles > Only Cute and Cuddly Are Worth Conserving? – 2014

Only Cute and Cuddly Are Worth Conserving? – 2014

(This article was published abbreviated in Helsingin Sanomat Kuukausiliite 511/2014.)

Professor of environmental science and politics, Chris Parsons has studied, how the names of animal species influence peoples´ attitudes towards species conservation. 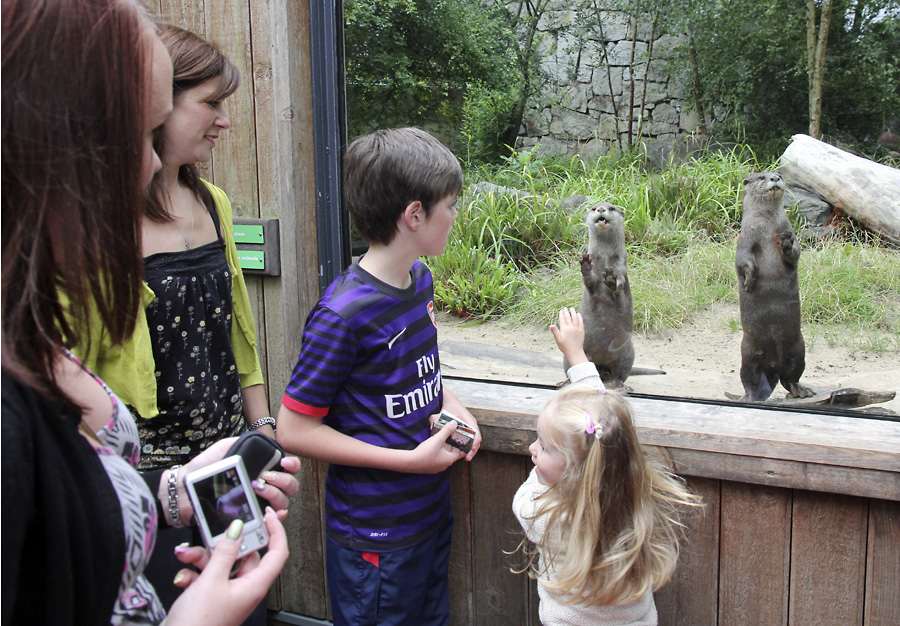 Cute otters in Dublin Zoo, Ireland, are favourites of all visitors.

Students of George Mason University in Washington D.C. were asked about their attitudes towards the conservation of 20 canine and raptor species. Some of the species were real, others were made up.

The students set a lower conservation value on the species, whose name sounded negative, like the made-up species ”sheep-eating eagle”, ”razor eagle” and ”killer falcon”.

Species with names that sounded charismatic or patriotic were valued higher than the others. These were e.g. bald eagle (the national bird of the USA), the fictitious ”American eagle”, ”patriot falcon” and ”great american wolf”.

Changing the name of the coyote to the American song dog (the Native American name for the coyote) increased public concern for the species by 17 %.

Next Parsons´ group asked the knowledge of random Americans in the Washington DC area about the 13 otter species in the world and the need to protect them. Many otter species are keystone species, important for their whole ecosystem. However, seven of the species are endangered or vulnerable.

The real knowledge of otters appeared to be low, but also these participants assorted the otter species in more or less protectable positions according to their names.

Heading the conservation list were such made-up species as ”American otter”, ”rainforest otter” and ”furry-nosed otter”. Among the last ones on the list were the names which sounded least attractive like ”fish-eating otter”, ”sharp-clawed otter” and ”snake otter”.

Parsons concludes that the names of endangered animal species could well be changed more positive in order to promote their conservation. Also a subspecies or a local population might benefit of a more popular, attractive or patriotic name. For example in Hong Kong they refer to the local population of Indo-Pacific humpback dolphins as ”Hong Kong pink dolphins” for exactly this reason.

– Locality, patriotism, charisma and cuteness in the species´ name, character or story attached to it may increase its popularity and the awareness, the willingness and the resources to keep the species alive, says Parsons.