Naattinet > Articles > Neonicotinoids – Even PPBs Are Too Much for Insects – 2019

Neonicotinoids – Even PPBs Are Too Much for Insects – 2019 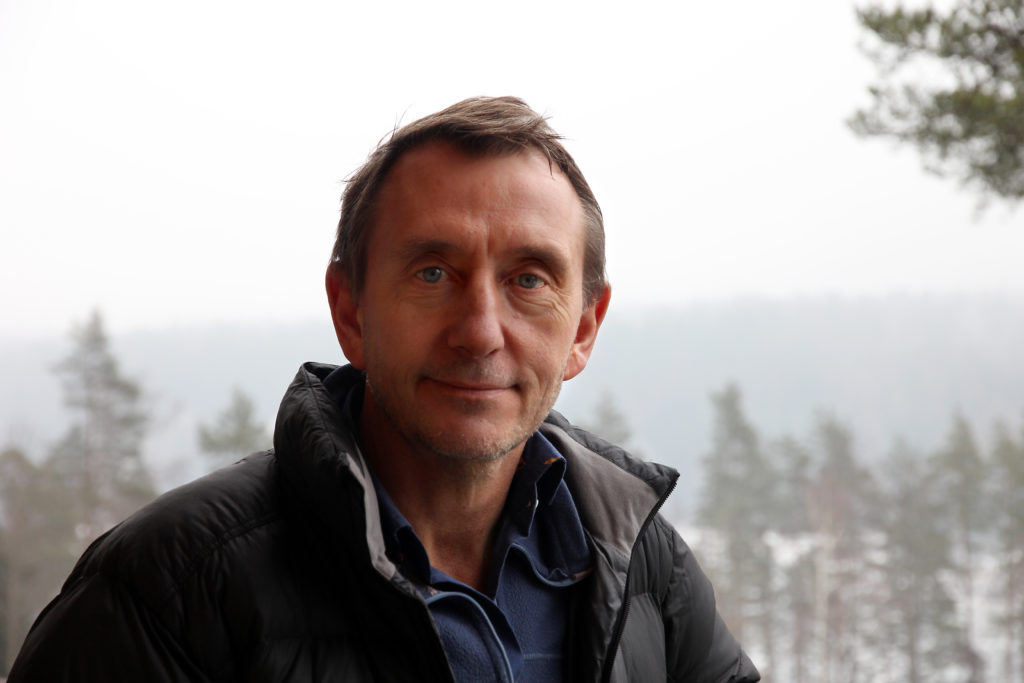 Professor Dave Goulson is an internationally noted insect researcher and the founder of the Bumblebee Conservation Trust. Photo: Seppo Leinonen

Professor Dave Goulson from the University of Sussex in England has studied insects all his life. He has published over 260 scientific articles on the ecology and protection of bumblebees and other insects, and in addition to that study books and enjoyable research stories, part of which were published also in Finnish this year (the Finnish translation of his book The Sting in the Tale is called Kimalaisen kyydissä).

In recent years Goulson and his research group have concentrated on bees, especially on bumblebees and the effects of new pesticides, because: ”If we would lose bees, we would also lose third of our crops. For example bumblebees pollinate e.g. oilseed rape, field bean, tomato, peppers, raspberries, strawberries and over 1000 species of wild flowers.” 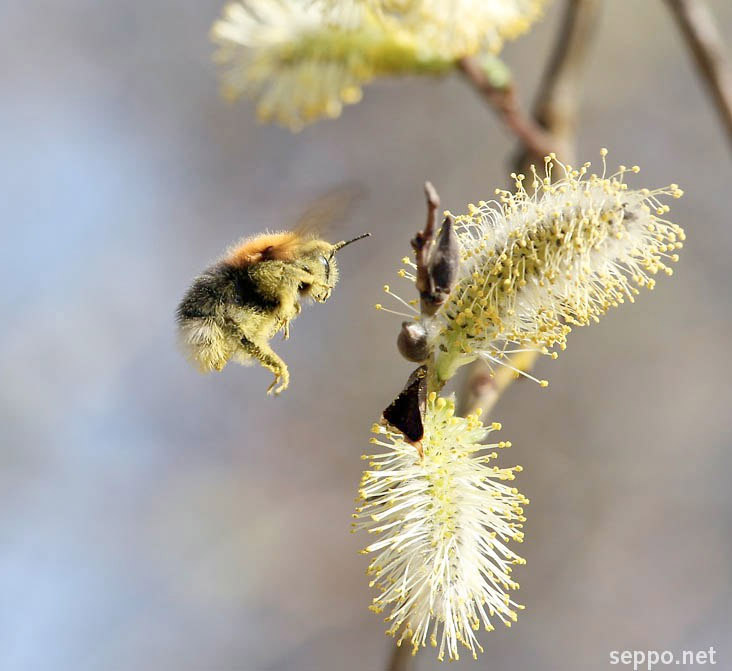 Tree bumblebee collecting pollen from a willow. Willows are the prime food source for bumblebee queens that wake up in the early spring. Photo: Seppo Leinonen

”Oilseed rape is readily sprayed with 20 different pesticides. The insecticides are – naturally – poisonous to insects, the fungicides not directly, but they multiply the effects of insecticides even by 1000 times. The combined effects of different poisons are not studied in the permission processes, even though they are in practice spread at the same time, so that bees in the field are exposed to a chemical cocktail.”

Goulson visualizes the toxicity of neonicotinoids: for example one dose of imidacloprid which is used also in Finland as flea repellent for dogs, could kill sixty grey partridges or six million honeybees. The agent is over 6000 times more lethal than DDT.

Goulson´s group studied flowers that are sold in garden centres and found many insecticides and fungicides in them. The substances disadvantage both insects and all insect eaters, because the greater part of them spreads unintendedly from the fields to other places. 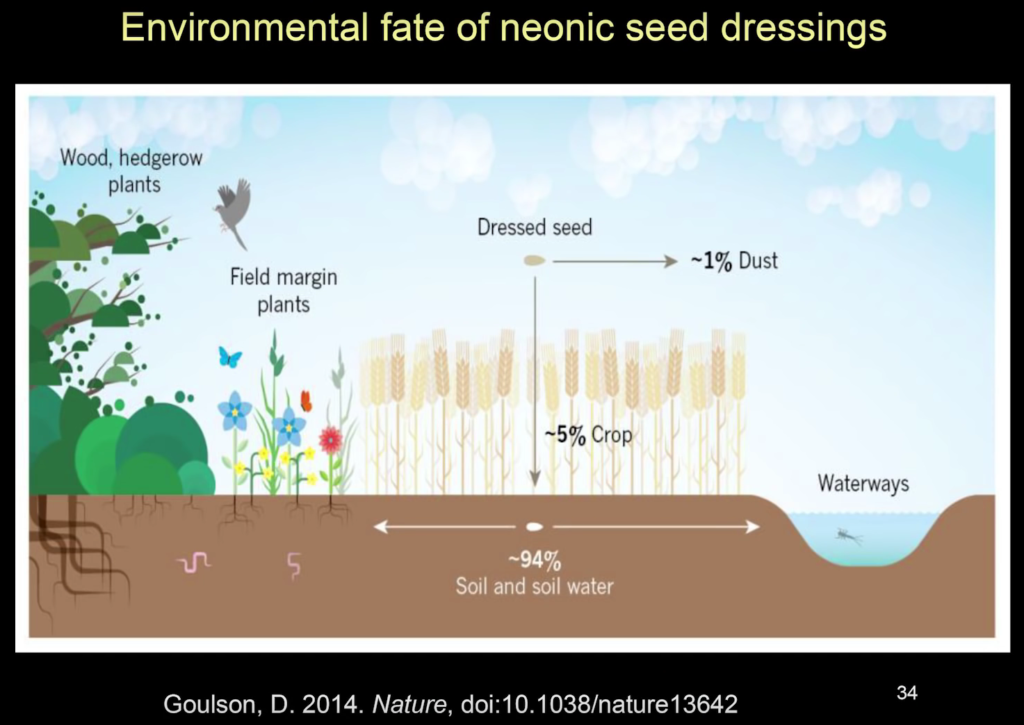 Most of the neonicotinoids used in seed dressing get finally spread to the environment. Diagram: Dave Goulson

Neonicotinoid compounds are generally used for covering the seeds, from which the poison is meant to be absorbed into all parts of the emerging plant and make the plant poisonous to the insects that like to eat it. In reality only five percent is absorbed into the crop plants, the remaining 95 % spreading into the environment. ”One percent flies to the air during sowing as poisonous dust, 94 % spreads to the soil and soil water, as it is water soluble. From the soil the substance goes into the hedges and wild flowers of field edges, even more into them than into the field plants. From the soil water the poisons trickle into watercourses. Neonics are very persistent, and when used yearly, their concentration in the soil grows.”

Bees gather poison into themselves from the nectar and pollen of plants. Even though they would not die immediately, the substances reduce the bees´ learning ability, navigation and food gathering, even on concentration levels of PPBs (parts per billion). In Goulson´s research bumblebee nests grew less, when they got pollen and nectar, which had the normal concentrations of neonicotinoids of a treated oilseed rape field. These nests also produced 85 % less queens than control nests fed with clean food. The amount of queens is important, because bumblebee nests die in the autumn and only new queens overwinter and reproduce the next year.

According to studies in different countries the use and concentration of neonicotinoids in the environment causes also reduction in species and individuals of invertebrate aquatic insects, dying of honeybee hives and reduction of amounts of wild bees and field butterflies.

”Biodiversity is in crisis, species die in extinction even 1000 times faster than before humans came in”, reminds Goulson. ”The major part of organism groups is diminishing: birds, butterflies, moths, bees, ground beetles and so on. There are exceptions, but the major part is diminishing.”

”No way this all is caused by neonicotinoids, but they do have their effect. The main reason for disappearing of bumblebees is the loss of their habitat, but pesticides and diseases speed up the disappearance”, says Goulson and urges for radical renewing of agricultural research, support policies and councelling systems towards a more sustainable direction.